Deep Eddy Cabaret was founded in 1951 by Raymond and Mickey Hickman. It was originally called Deep Eddy Cafe but was later changed when Raymond exclaimed, "We don't sell any food!" Mickey changed the name to "Cabaret" longing for a charming and entertaining bar where the patrons know each other and the bartenders. When Raymond died suddenly in 1963, Mickey took over the bar full-time. She continued to operate the Eddy until 1996 when her son Butch and his wife Patti took over. The bar is named after a deep swimming hole that used to exist on the Colorado River just behind the bar. 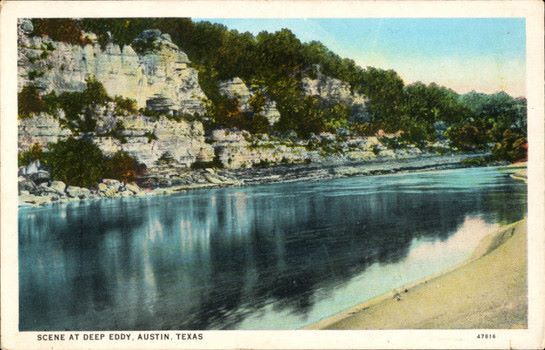